Working mostly in an Orthopedic private practice, Keith has been a Physical Therapist for over 20 years. Keith earned his Master's in Physical Therapy in 1993, from the College of Saint Scholastica in Duluth.

In February 2013, Keith moved to Fairbanks, AK with his wife and two dogs, a French Bulldog and Pug. In his spare time away from Arctic Physical Therapy and Pain Management, Keith enjoys watching soccer with his wife, playing video games with his son, and taking advantage of the outdoor opportunities that are available in the Interior.

Most of Keith's 20 years in physical therapy has been spent treating injured workers in the state of Washington. He immensely enjoyed his time with the Yakima Sun Kings semi-professional basketball team, the Yakima Bears semi-professional baseball team, and Yakima area high school/college teams, where he worked side-by-side with many athletes and other trainers. Keith was a valuable member and contributor to the Associates in Physical Therapy in Wenatchee and was an integral part of the Industrial Rehabilitation programs for Physiotherapy Associates in Bellingham. 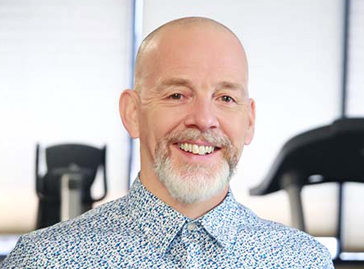